18 reasons to extend your golf break in Kent

Come for the golf, stay for… everything else! We’re lucky enough to be holding The 149th Open for the 18th time, so we thought we’d let you in on 18 reasons to stick around in Kent for an extended break this summer. We know you’ll have a tee-rrific time… 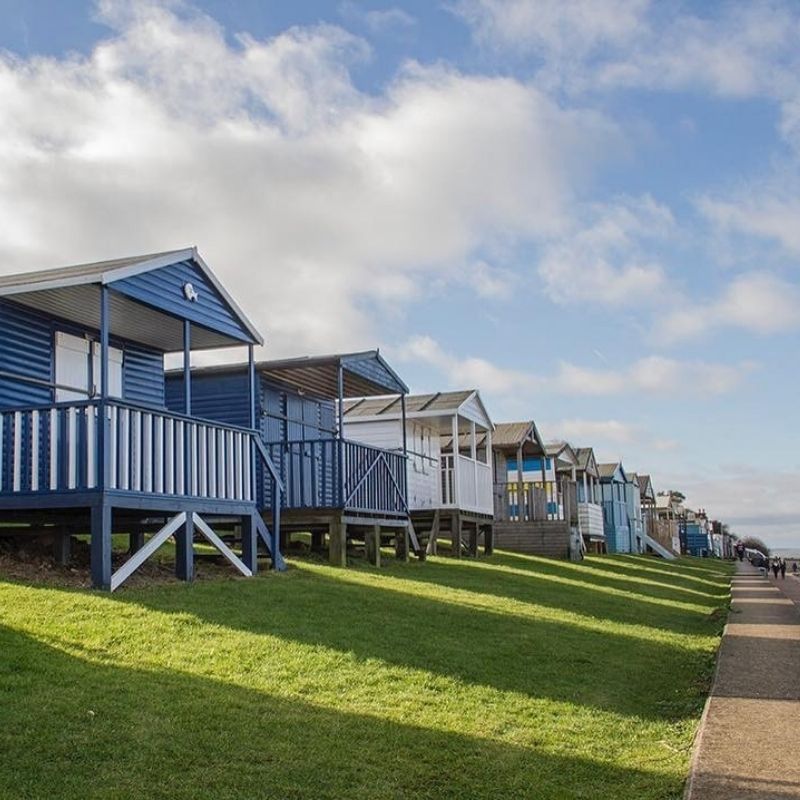 Kent has not one, not two, but nine Blue Flag beaches, awarded for their overall quality and general loveliness, which means you're spoilt for choice across our sprawling coastline. Choose from Stone Bay next to beautiful Broadstairs, Tankerton beach adorned with quaint beach huts in Whitstable or Botany Bay to marvel at the chalk stacks and turquoise hues. 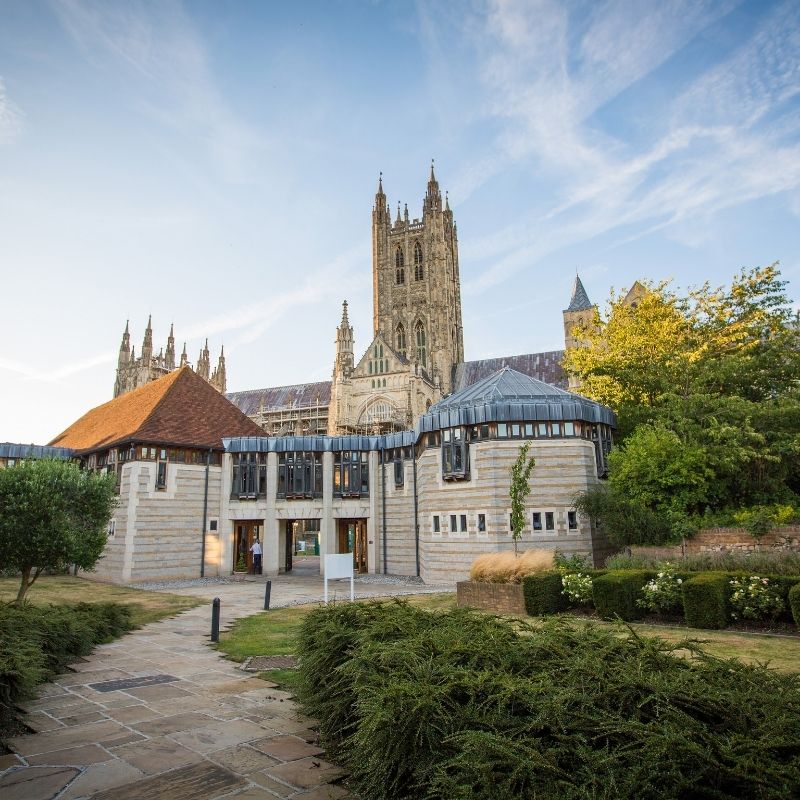 There’s a place for everyone to rest their head in the Garden of England, whether you’re after a little bit of luxury or secluded self-sufficient home-from-home. Spoil yourself with the finest hospitality at the plush One Warwick Park in Tunbridge Wells, or wake up to dazzling sea views at the Hythe Imperial Hotel. Alternatively, stay the night in our county capital Maidstone at the Mercure Maidstone Great Danes Hotel, or in the heart of the vibrant city of Canterbury at Canterbury Cathedral Lodge. If you want to live like a local, Kent and Sussex Cottages and Bloom Stays provide the quintessentially Kentish cottage experience for private independent accommodation. 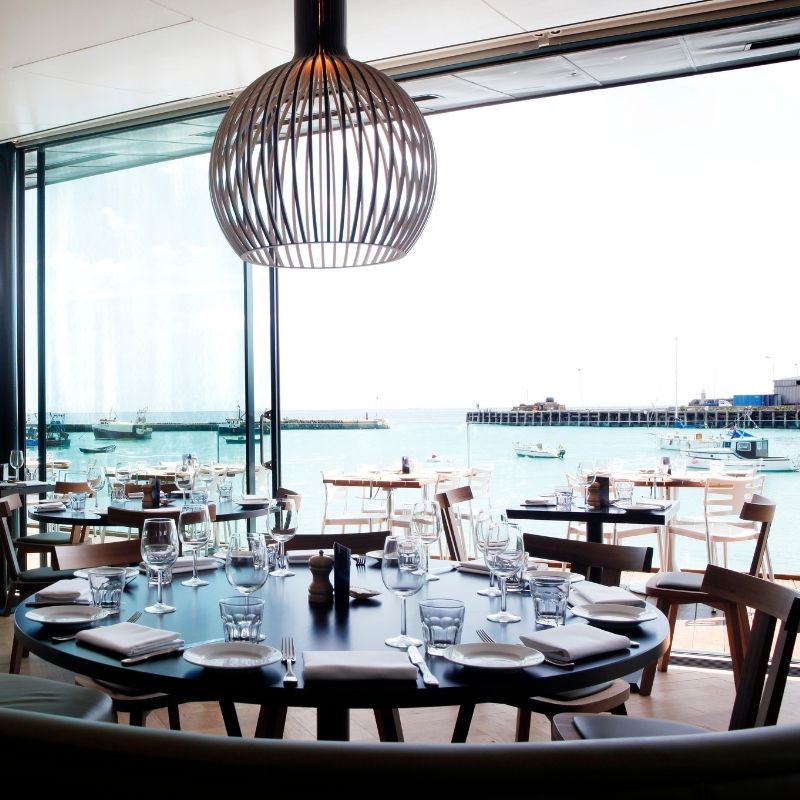 Foodie’s unite! Kent has a reputation for satisfying even the choosiest of taste buds, as we’re home to gastropubs galore and a constellation of Michelin-starred wonders. Look to The West House in Biddenden, in a sixteenth century weavers Cottage with a menu so season it constantly changes to ensure you food is the highest quality or the formidable Fordwich Arms just outside of Canterbury. If you want to get out of the countryside and into the harbour, unbeatable sea views at Rocksalt makes for a truly unforgettable experience. Additionally, still holding a Michelin star but describing themselves as just as “grotty boozer by the sea”, The Sportsman creates the ideal relaxed pub vibe without compromising on top-class cuisine. 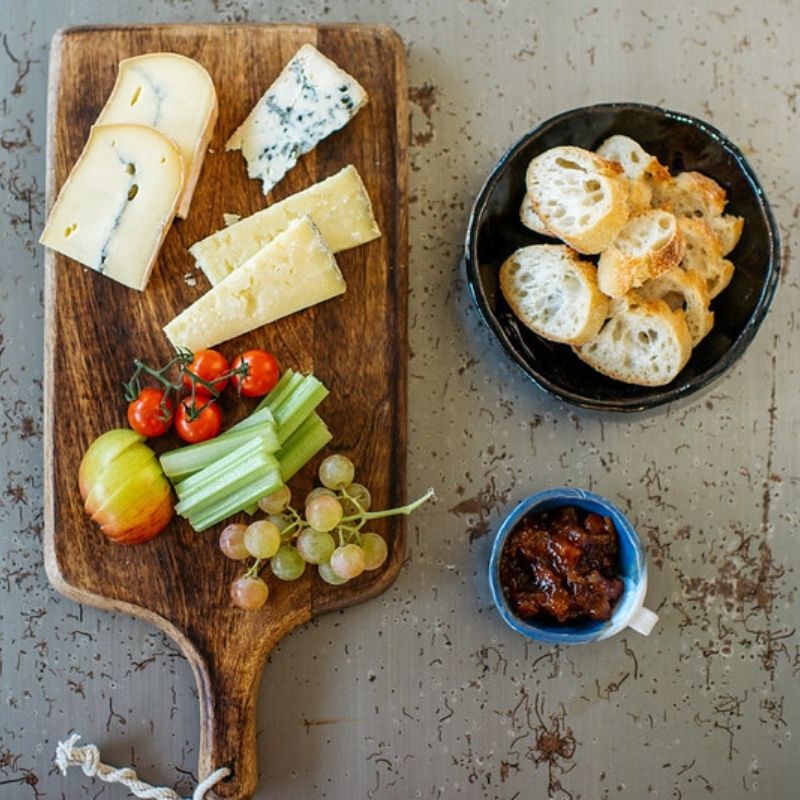 We’re the Garden of England because our terrain is astonishing for the bountiful produce it can muster up; from glorious succulent fruits like our cherries, apples and pears, to recipes that are part of our rich history, like sickly sweet Kentish gypsy tart. Our expansive coast makes us ideal for the freshest seafood available and among our most well-known exports are our Whitstable oysters (we dedicate a whole festival to the salty superstars every year!) But the best way to get the lay of the Kentish land in a short space of time is to take a trip to artisanal farm-to-floor indoor marketplaces like The Goods Shed in Canterbury and Macknade Food Hall in Faversham, who flaunt the Kentish local produce proudly. 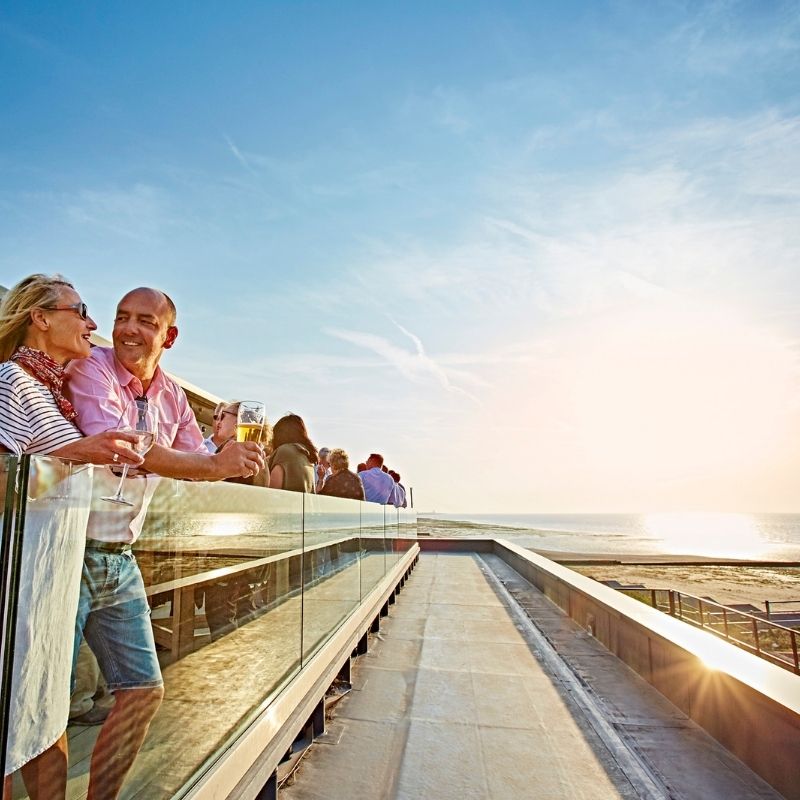 If you’re lucky enough to bask in the Kentish sunshine in July, indulge in some al-fresco dining in some of Kent's best beer gardens, like The Swan and Dog in the charming village of Great Chart. If you like your beer best with a beach, overlook the golden sands of Thanet at the Minnis Bay Bar and Brasserie, or the Zetland Arms. Alternatively, crack a cold one waterside with Pier Five in Chatham Maritime or The Wharf in Dartford. If you’re a real ale aficionado, go one step further with a full brewery tour, and choose from a true piece of history with Kent’s oldest brewery, Shepherd Neame, or hop off the train at Ashford International for the newly opened Curious Brewery. 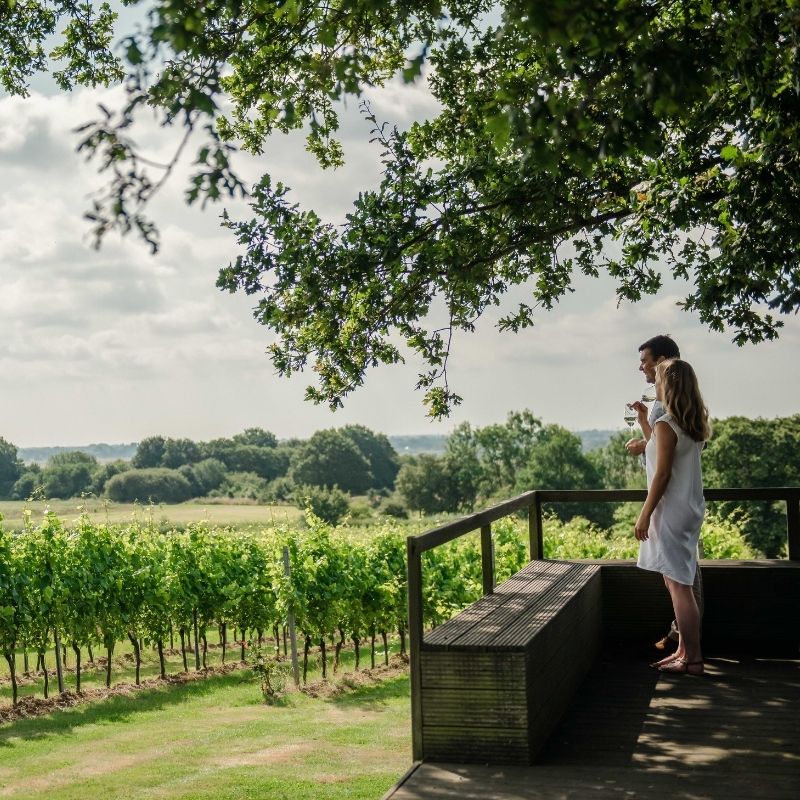 We’re not the Wine Garden of England for nothing! Kent enjoys one the finest climates for viticulture, with it’s chalky terroir said to rival the champagne region in France. We have some of the best wineries including Chapel Down, Hush Heath, Simpsons and Biddenden Vineyards. Take a tour and enjoy a tipple or two of one of Kent’s finest exports. And if you’re not a wine lover, you can still get into the spirit by heading down to Copper Rivet gin and vodka distillery at Chatham Dockyard. 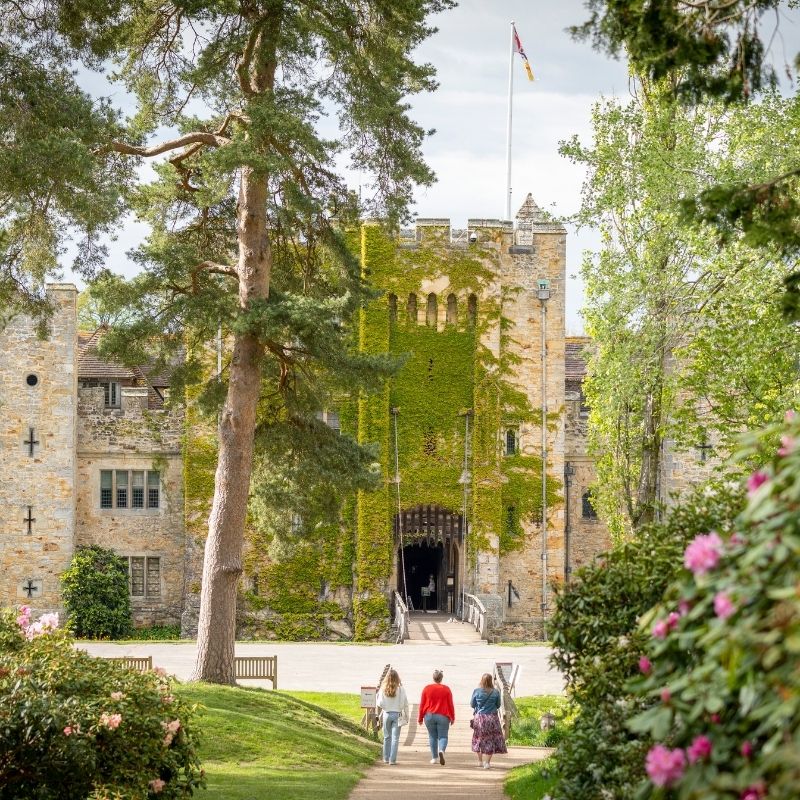 Did you Kent has over 30 castles for you to discover during your time with us? We’re very proud of our rich regal history! Experience castles fit for a Queen at Anne Boleyn’s childhood home of Hever Castle, or Henry VIII’s ‘Loveliest Castle in the World’ at Leeds Castle. Combining its medieval roots with its instrumental role in World War II, Dover Castle offers a piece of history wherever your interests lie. 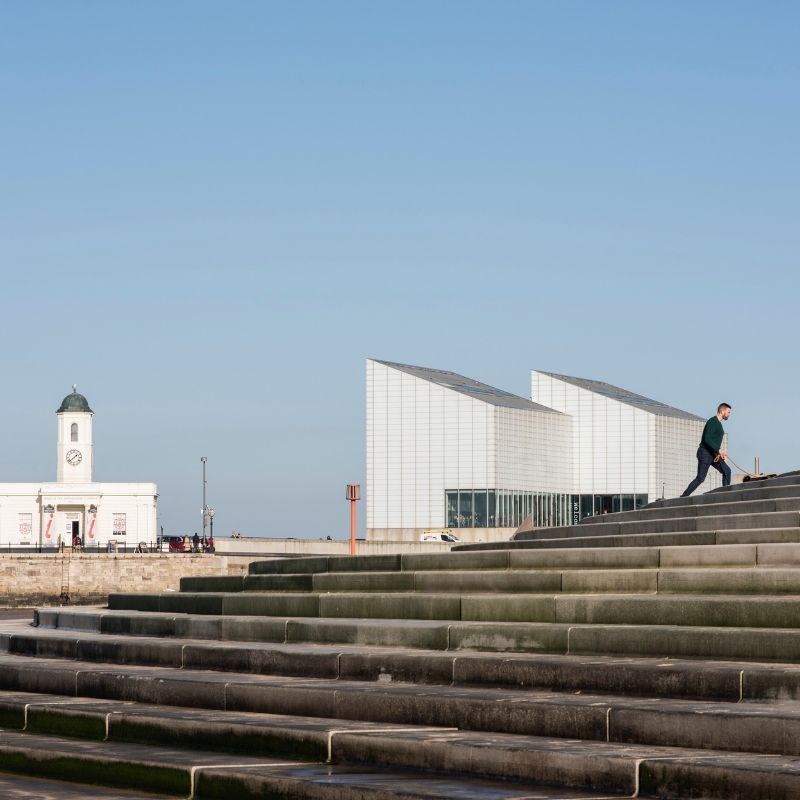 There’s plenty for the culture vulture to explore for a day out in Kent. Maybe it’s the revitalising seaside air or maybe it’s in our DNA, but Kent is imbued with a true artistic spirit which forms the basis for our creative coast. Margate has been inspiring artists from Tracey Emin to JMW Turner, who namesake the Turner Contemporary Art Gallery, holding world-renowned art. From world-class art to wild animals, explore Port Lympne Hotel & Reserve or Howlett’s Wildlife Animal Park, which make for perfect family days out. 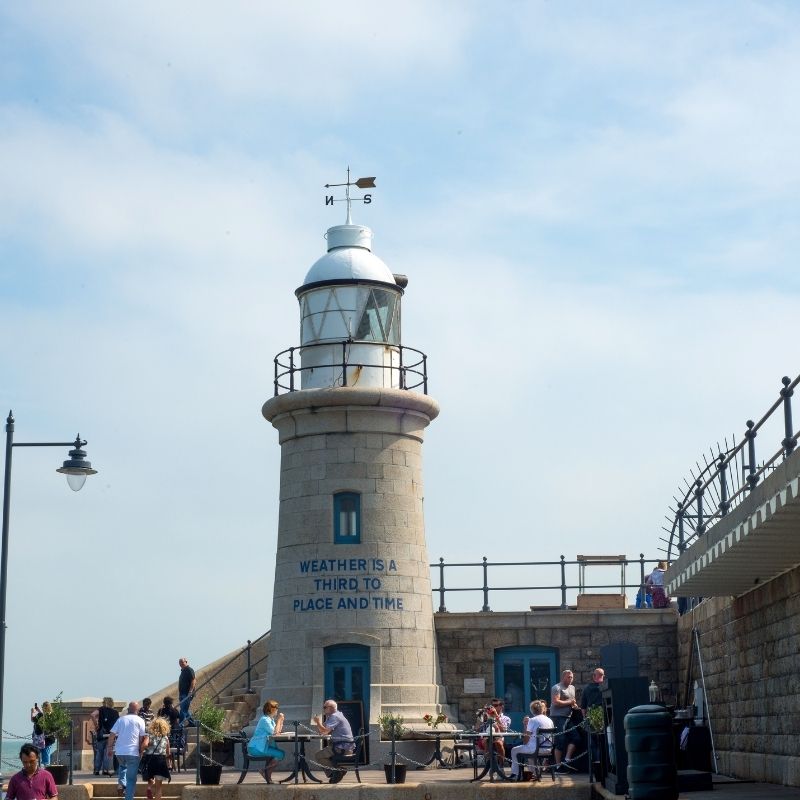 If you luck out with one of those gorgeous balmy summer nights there's plenty of ways in Kent to enjoy them. Wander down to Folkestone’s Harbour Arm for food stalls and live music out on the sea. Or, why not give yourself and a loved one a civilised evening watching a stage show in Canterbury at the Marlowe Theatre which frequently holds West End touring spectacles, or discover smaller independent gems at Gulbenkian Theatre. 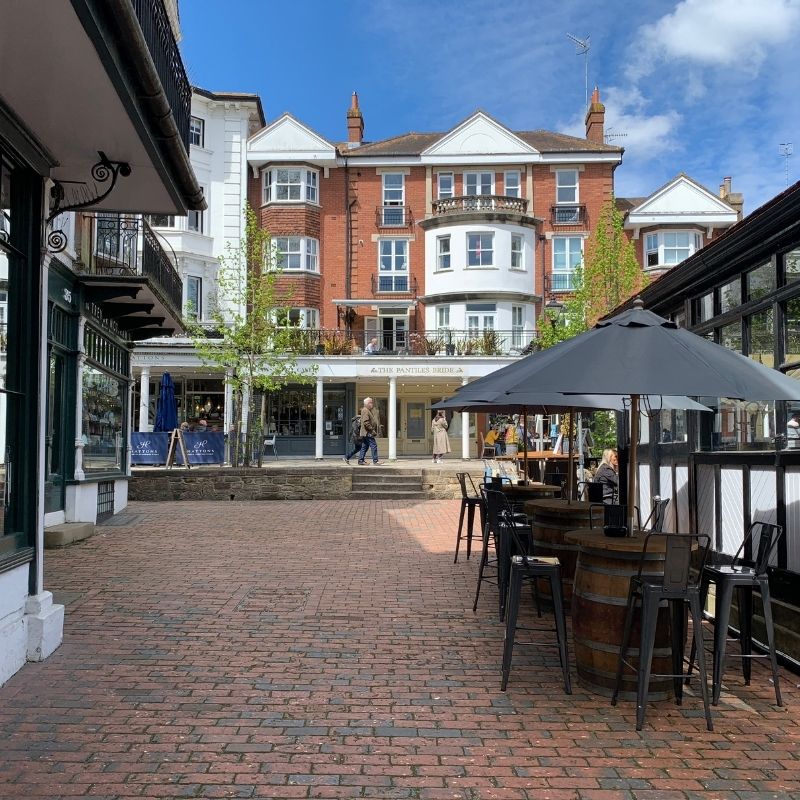 It doesn’t get more historic than the city of Canterbury, the ancient roman city which became the epicentre of Anglican church history over a thousand years ago and holds a crucial part in every aspect of English history, from wars to Kings and Queens. Royalty also leaves its stamp on Royal Tunbridge Wells, a delightful stylish town which is home to superb shops and restaurants. Medway is practically swimming in maritime, literary and Norman history, meaning it’s ideal for wherever your historical prowess may lie – check out the Historic Dockyard, Chatham whilst there, which was once the pinnacle of the Royal Navy. Medway also holds many of our literary links, being Charles Dickens' childhood home and inspiring many of his novels. With so much history lurking underneath the vibrant and creative destination it is today, we think that Medway will meet your Great Expectations. 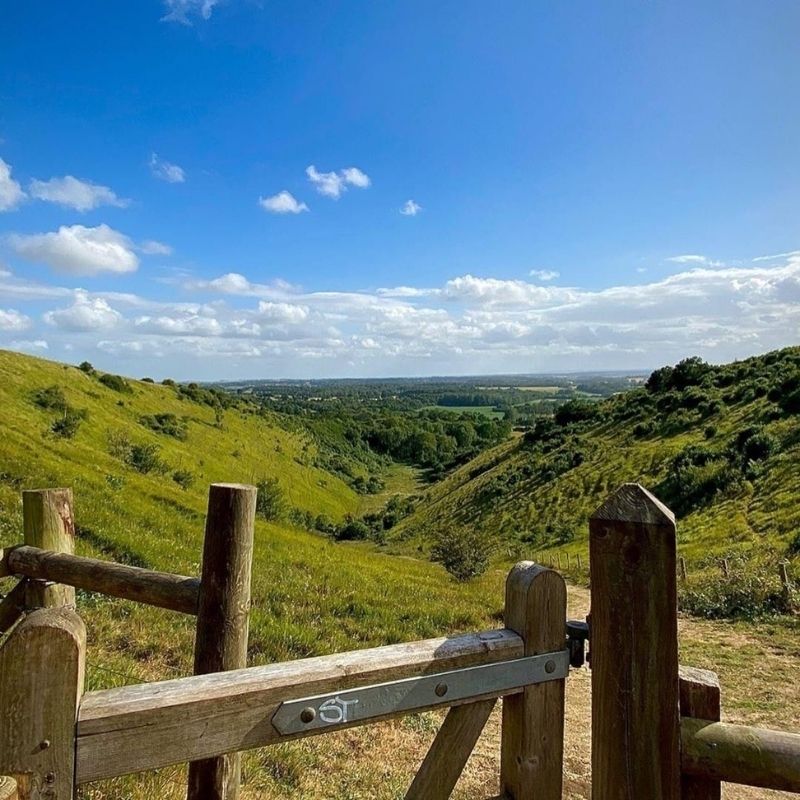 Is there anywhere better to relax in the glorious sunshine than in the splendid Kentish countryside? We’re the Garden of England, so you’d expect nothing less! Bring a picnic with friends and find some shade under the magnificent trees of Bedgebury Pinetum, or enjoy picturesque panoramic views over Kent from the Wye Downs. Alternatively, get stuck into nature and have a roam round Elmley Valley to enjoy bird-watching and explore the waterways and wild flowers with the butterflies, bees and dragonflies. A rambler’s dream. 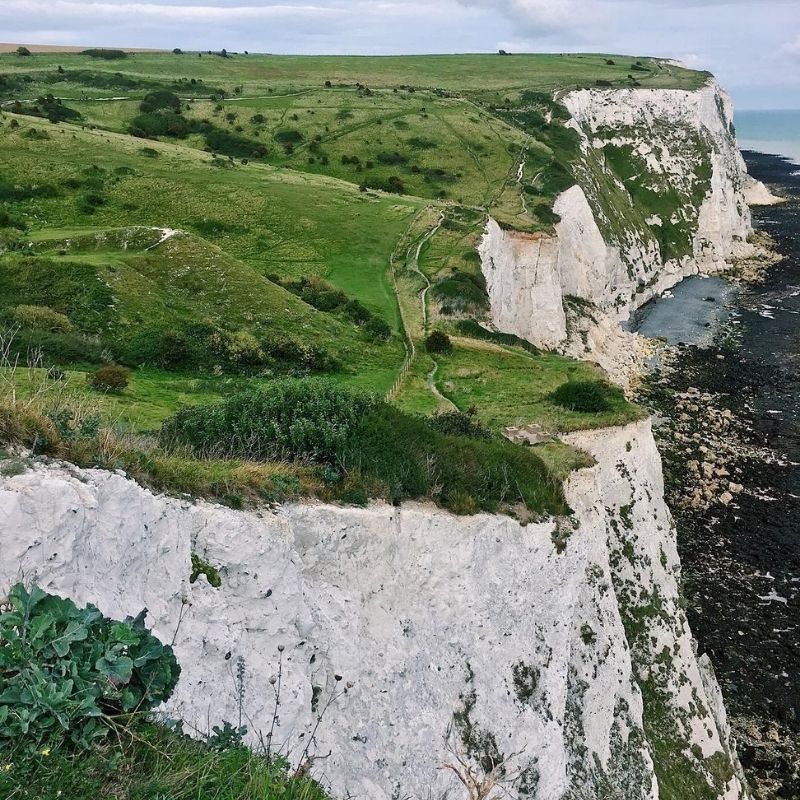 Vera Lynn knew what she was talking about; the White Cliffs of Dover are a world-famous sight for sore eyes and a Great British symbol of hope and freedom for generations. And there are so many ways to view this stunning feat of natural architecture, from Shakespeare Beach in the west or St Margaret’s Bay, to get the perfect photo of our natural wonder! And for man-made spectacles, nestled in the historic city of Canterbury is the world-famous Canterbury Cathedral. Marvel at the stunning ornate features and glistening stain-glass windows, and learn why Canterbury Cathedral is known as ‘England in Stone’. 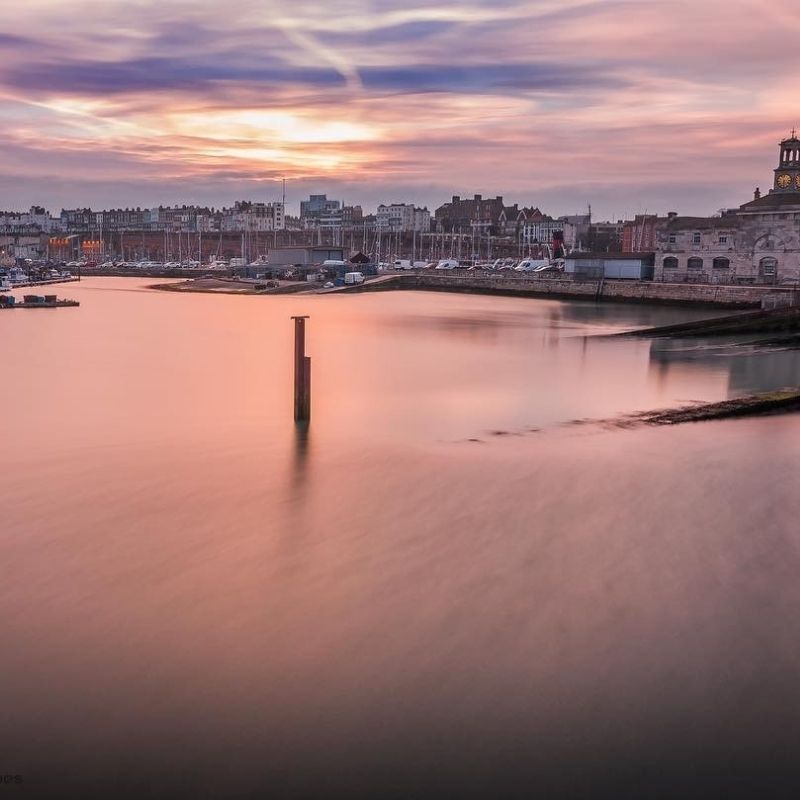 Synonymous with Kent are our charming coastal towns dotted along our sprawling coastline, which all retain their own identity. Bohemian Folkestone is adorned with artwork from stars such as Antony Gormley and Yoko Ono, and boasts the newly renovated Harbour Arm, a truly unique gem out on the sea, with independent food outlets and a champagne bar in a former lighthouse at the end. Situated right next to Folkestone is picturesque Hythe, which feels almost Venetian with its canals right next to the sea. Buzzing and cheerful Deal is full of quirky independent stores and boasts a beautiful pier, with a stunning café, the Deal Pier Kitchen, surrounded by ocean views at the end. Finally, strolling past the boats docked in Ramsgate Harbour on a sunny day, it’s been said to feel like a slice of St Tropez in England. 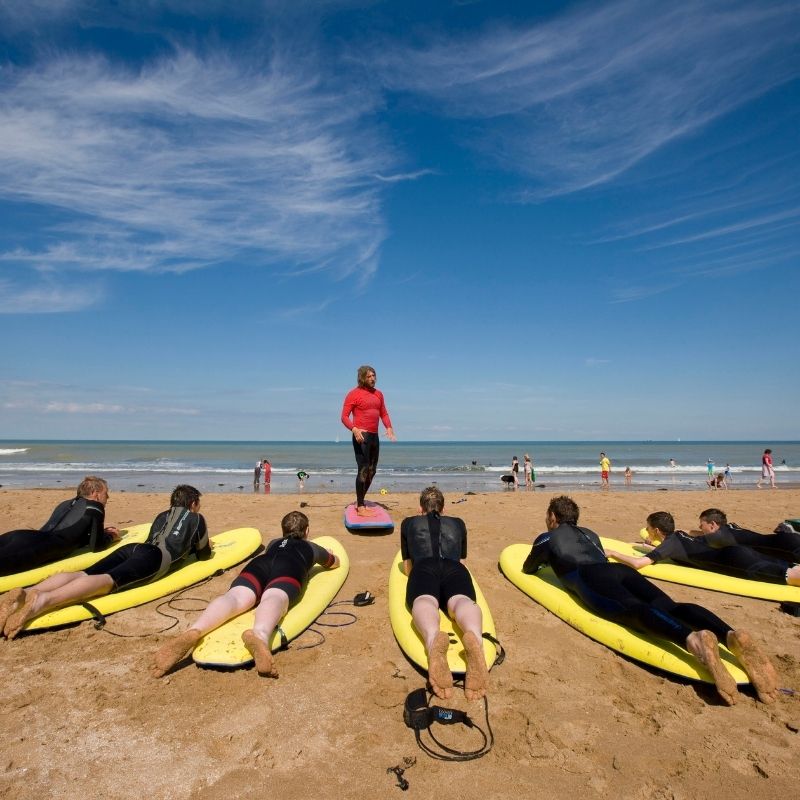 We know you’re here for the golf, but why not take a swing at something new while you’re with us? The high summer is the ideal time to try your hand at our water sports activities - Joss Bay, 200 metres of beautiful blue North Sea, in Thanet is prime surfing territory, as is the Kent Surf School in Broadstairs, who not only offer surf lessons but paddle boarding and sea kayaking too. Alternatively, get inspired by our friends across the channel and indulge in your Tour de France dreams by cycling around the beautiful countryside! You can rent a bike for seaside cycles in Hythe at Click 2 Cycle. 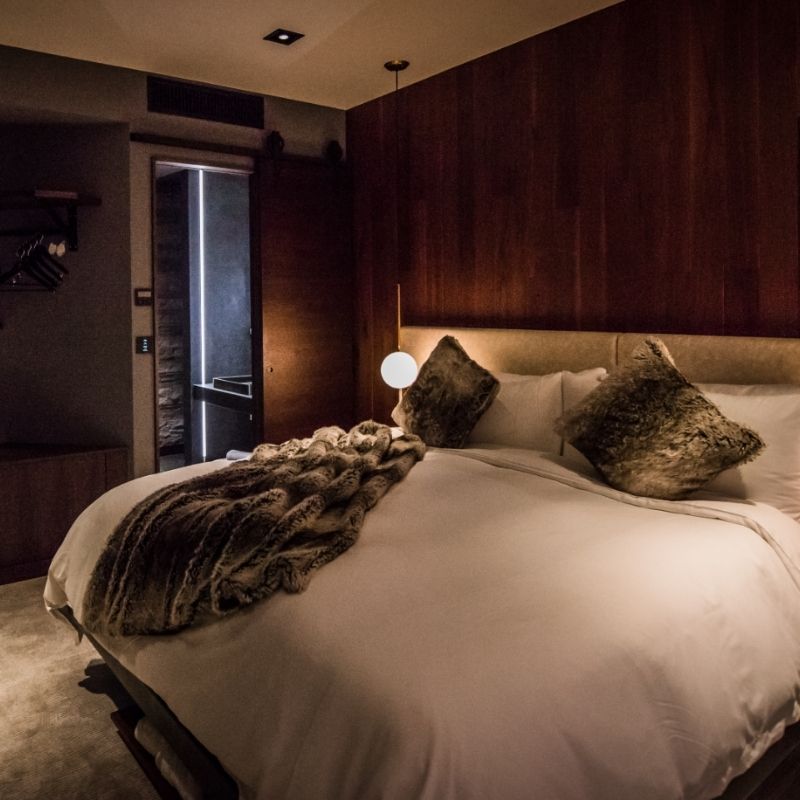 If all the golf-ing around has got your muscles aching, why not take some time for yourself and enjoy some of Kent’s best spa and health clubs while in town? Indulge in a little bit of luxury with a quintessentially English Afternoon Tea at Canterbury’s ABode Hotel or take time for yourself with a soothing massage at The Spring Rooms in Royal Tunbridge Wells. For a truly restorative afternoon, having a swim at the Cave Hotel and Golf Resort pool is sure to leave you feeling good in the mind, body and soul. You’re welcome! 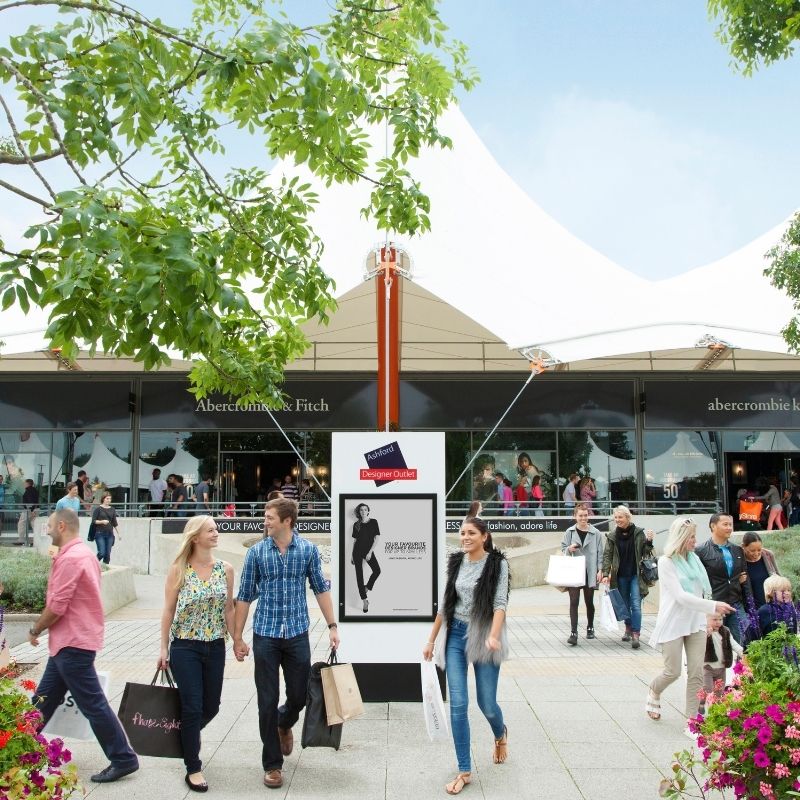 Our creative spirit means that Kent’s coastal towns have become a thriving hub of independent shops that you can’t get anywhere else in the world. Look to Folkestone’s Old High Street, known as ‘Steep Street’, which as the name suggests, is an uphill extravaganza of quirky and kooky independents. But we’ve also got those giant one-stop-shop gems of Westwood Cross and Ashford Designer Outlet, if you want to spoil yourself with a bit of serious retail therapy during your time with us. 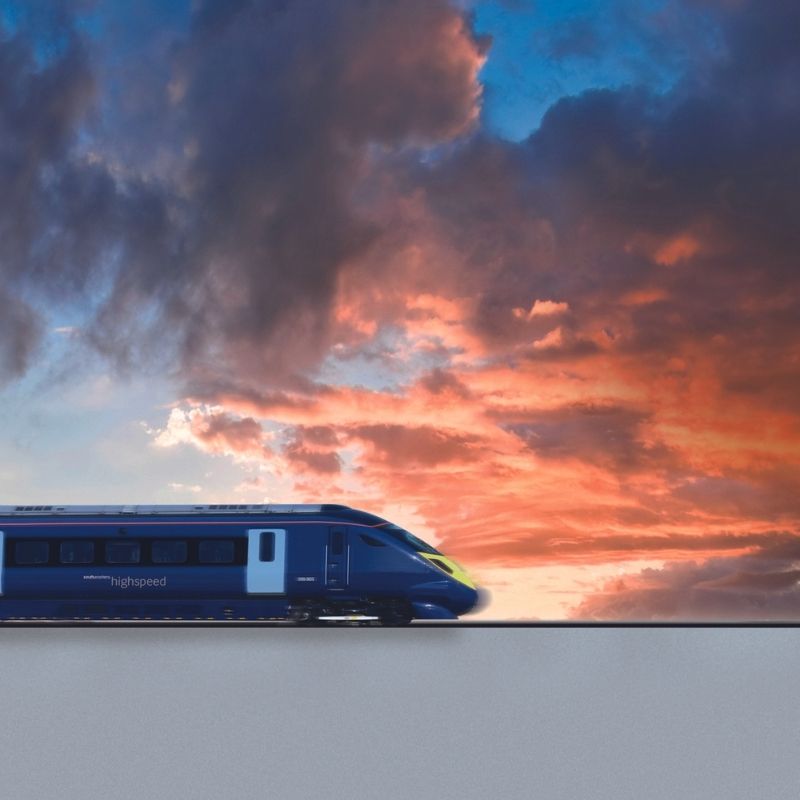 In Kent, whatever activity keeps you with us this summer, you’ll be well connected by our fantastic public transport systems that allow you to enjoy everything summer in Kent has to offer at an environmentally friendly price. Southeastern high speed trains get you from the centre of London to the centre of Kent in just 39 minutes, and then can see you through your journey to Sandwich and beyond. You can even get to the most remote of Kent’s places with our bus networks, thanks to Arriva and Stagecoach this summer. Getting to Canterbury need not be a pilgrimage this year! 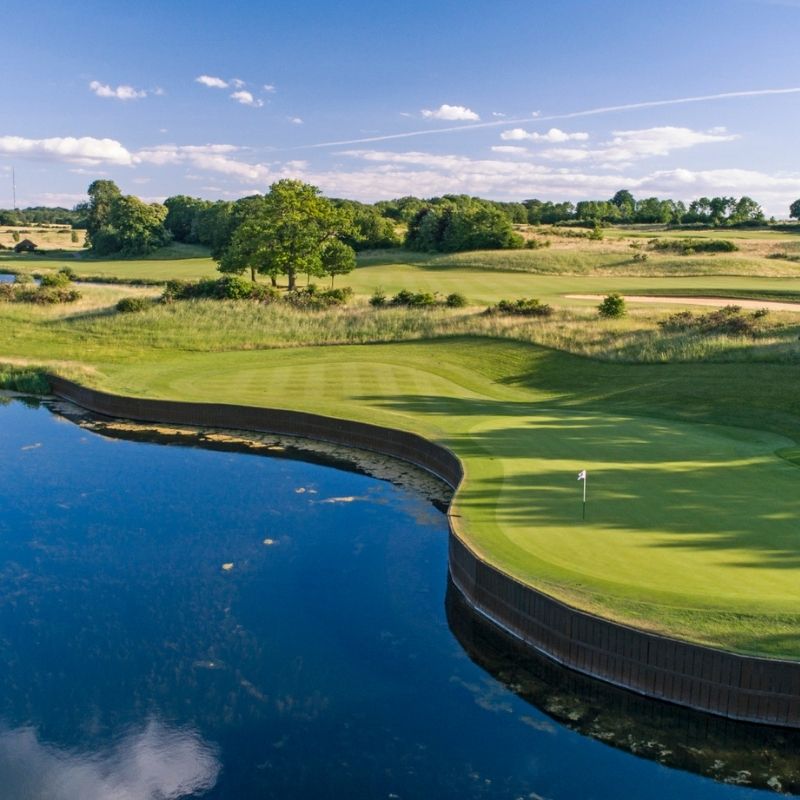 We know why you’re here, and as much as we can show off all we have to offer, we know you’ll have golf in your heart and in your mind when you visit us for The 149th Open. So why not explore more golf while you’re here? Take the opportunity to check out some more of Kent’s fabulous golf courses by taking a swing surrounded by history at Leeds Castle, aim for a birdie at London Golf Club or enjoy sea views from every hole at Walmer and Kingsdown Golf Club.